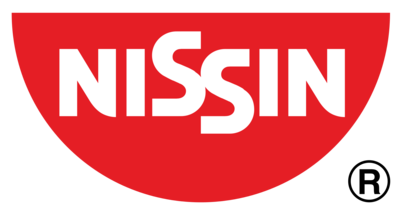 "So many noodle choices!"

Nissin founder, Momofuku Ando, has always instilled a sense of commitment and quality in Nissin products. Today, Nissin's corporate philosophy inspires this same commitment to taste, convenience, and quality. Mr. Ando began the company as part of a humble family operation back in 1948. Faced with sparse food sources after World War II, Mr. Ando realized that a quality, convenient ramen product would help to feed the masses. His goal was to create a satisfying ramen that could be eaten anywhere, anytime. In 1958, Nissin introduced "Chicken Ramen", the first instant ramen. Ironically, it was considered a luxury item, since Japanese grocery stores sold fresh Japanese noodles (udon) at one-sixth the cost of Mr. Ando's new food concept. Still, Mr. Ando was convinced that his revolutionary new method of preparation would sell. The concept seemed simple enough. All users would have to do is simply remove the ramen from its package, place it in a bowl, add boiling water, cover the bowl, and wait three minutes. The conservative Japanese food industry, however, rejected the product as a novelty with no future. They had never been so wrong. Soon, Chicken Ramen was selling beyond even Mr. Ando's wildest expectations. Before you could say "instant", more than ten companies were rushing to put their own versions out on the market. By the end of 1958, grocery shelves were crowded with this new staple for the Japanese kitchen. From this point on, Nissin Foods began introduction of a long list of successful and innovative ramen products.

“It took 48 years of my life for me to come up with the idea of instant noodles. Each and every event in the past is connected to the present by invisible threads.”

A precooked and dried noodle block, with flavoring powder and/or seasoning oil