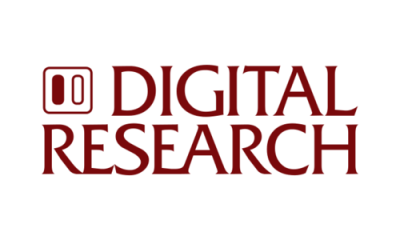 Digital Research, Inc. was the company created by Dr. Gary Kildall to market and develop his CP/M operating system and related products. It was the first large software company in the microcomputer world. The company's operating systems, starting with CP/M for 8080/Z80-based microcomputers, were the de facto standard of their era, as MS-DOS and MS Windows came later. DR's product suite included the original CP/M and its various offshoots; DR-DOS which was a MS-DOS compatible version of CP/M, and MP/M, the multi-user CP/M. In May 1983 the company announced that it would offer PC DOS versions of all of its languages and utilities. In 1985, soon after the introduction of the Intel 80286, Digital Research introduced a real-time system, initially called Concurrent DOS 286 and subsequently FlexOS. This exploited the greater memory addressing capability of the new CPU to provide a more flexible multi-tasking environment. This system was to enjoy enduring favor in point-of-sale systems and was adopted by the IBM 4690 OS. Digital Research was purchased by Novell in 1991, primarily for Novell to gain access to the operating system line. DRI produced a selection of programming language compilers and interpreters for their OS-supported platforms, including C, Pascal, COBOL, Forth, PL/I, PL/M, CBASIC, BASIC, and Logo.

"You need to study other people's work. Their approaches to problem solving and the tools they use give you a fresh way to look at your own work."

"DR Logo is the first of a new family of languages that promises not only to change our programming style, but to alter the way we think about computing itself.."