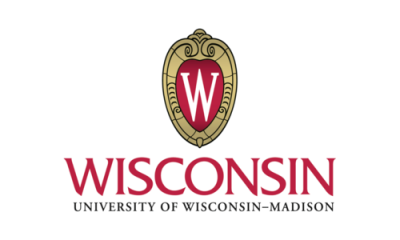 The University of Wisconsin–Madison (also known as University of Wisconsin, Wisconsin, or regionally as UW–Madison, or Madison) is a highly regarded, selective public research university located in Madison, Wisconsin, United States. Founded when Wisconsin achieved statehood in 1848, UW–Madison is the official state university of Wisconsin, and the flagship campus of the University of Wisconsin System. It was the first public university established in Wisconsin and remains the oldest and largest public university in the state. It became a land-grant institution in 1866. The 933-acre (378 ha) main campus includes four National Historic Landmarks.UW–Madison is organized into 20 schools which enrolled 29,153 undergraduate, 8,710 graduate, and 2,570 professional students and granted 6,040 bachelor's, 3,328 graduate and professional degrees in 2008. The University employs over 16,000 faculty, staff, and graduate students. Its comprehensive academic program offers 135 undergraduate majors, along with 151 master's degree programs and 107 doctoral programs.The UW is categorized as an RU/VH Research University (very high research activity) in the Carnegie Classification of Institutions of Higher Education. In 2010, it had research expenditures of more than 1 billion dollars. In 2008, the University's R&D expenditures were ranked the third highest in the nation. Wisconsin is a founding member of the Association of American Universities.The Wisconsin Badgers compete in 25 intercollegiate sports in the NCAA's Division I Big Ten Conference and have won 28 national championships.

"Retired and loving it!"

"Create a culture that empowers employees and keep your ears open to what they have to say. They might be smarter than you."

'The combined results of several people working together is often much more effective than could be that of an individual scientist working alone.'

“The media likes to create this impression that Steve is the only one who does anything at Apple, but the whole company isn’t run by one man.”

"I saw technology as the saviour and the bridge between the great divide."

"CTO at http://www.goldbely.com , explorer or food, builder of things physical, herder of cats, player of squash."