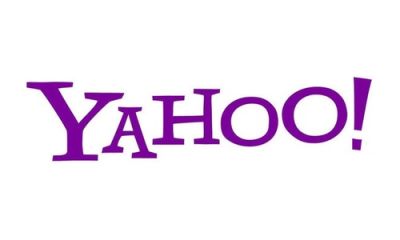 'We make the world's daily habits inspiring and entertaining.'

Yahoo! Inc. is an American multinational Internet corporation headquartered in Sunnyvale, California. It is globally known for its Web portal, search engine Yahoo Search, and related services, including Yahoo Directory, Yahoo Mail, Yahoo News, Yahoo Finance, Yahoo Groups, Yahoo Answers, advertising, online mapping, video sharing, fantasy sports and its social media website. It is one of the most popular sites in the United States. According to news sources, roughly 700 million people visit Yahoo websites every month. Yahoo itself claims it attracts 'more than half a billion consumers every month in more than 30 languages.' Yahoo was founded by Jerry Yang and David Filo in January 1994 and was incorporated on March 1, 1995. On July 16, 2012, former Google executive Marissa Mayer was named as Yahoo CEO and President, effective July 17, 2012. According to comScore, Yahoo during July 2013 surpassed Google on the number of United States visitors to its web sites for the first time since May 2011, set at 196 million United States visitors, having increased by 21 percent in a year.

"The biggest problem though was perfectionism. The longer a side-project drags on for, the more important it feels to make it 'just perfect' before releasing it to the world."

"Every decision has a cost. Do I have to make this decision at all or can I move on to the next thing? What we decided to leave out is almost as important as what we put in."

"Dressing up is inevitably a substitute for good ideas. It is no coincidence that technically inept business types are known as 'suits'."

"You know in cartoons when they run off a cliff but they don't fall until they look down? I am trying not to look down!"

"Save, organize, and remember the links you find interesting or useful around the web."

"Take your location to the web!"

'Viaweb is the fastest, easiest way to open an online store'

"Your smarter address book is waiting"