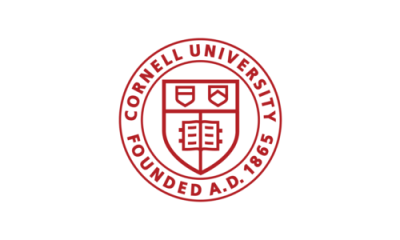 "I would found an institution where any person can find instruction in any study."

Cornell University is an American private Ivy League and federal land-grant research university located in Ithaca, New York. Founded in 1865 by Ezra Cornell and Andrew Dickson White, the university was intended to teach and make contributions in all fields of knowledge from the classics to the sciences, and from the theoretical to the applied. These ideals, unconventionalfor the time, are captured in Cornell's motto, a popular 1865 Ezra Cornell quotation: 'I would found an institution where any person can find instruction in any study.'The university is broadlyorganized into seven undergraduate colleges and seven graduate divisions at its main Ithaca campus, with each college and division defining its own admission standards and academic programs in near autonomy. The university also administers two satellite medical campuses, one in New York City and one in Education City, Qatar. Cornell is one of three private land grant universities. Of its seven undergraduate colleges, three are state-supported statutory or contract colleges, including its agricultural and veterinary colleges. As a land grant college, it operates a cooperative extension outreach program in every county of New York and receives annual funding from the State of NewYork for certain educational missions. The Cornell University Ithaca Campus comprises 745 acres,but in actuality, is much larger due to the Cornell Plantations as well as the numerous university owned lands in New York.Since its founding, Cornell has been a co-educational, non-sectarian institution where admission is offered irrespective of religion or race. Cornell counts more than 245,000 living alumni, 34 Marshall Scholars, 29 Rhodes Scholars and 44 Nobel laureates as affiliatedwith the university. The student body consists of nearly 14,000 undergraduate and 7,000 graduatestudents from all 50 American states and 122 countries.

"I am the founder and Managing Partner of Discretion Capital, a technology enabled Investment Bank "

"What is your company going to make? is a question best answered without the use of fancy words or words that are platform"

"Dressing up is inevitably a substitute for good ideas. It is no coincidence that technically inept business types are known as 'suits'."

"your 'success' is as personal as religion and love. It’s only for you to define based on your goals, your aspirations, and your character."