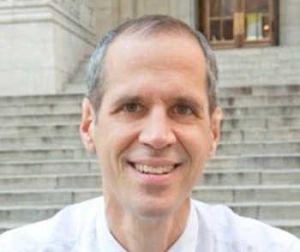 "One of the things that I think audio is best at is creating empathy."

I'm an an entrepreneur, radio journalist, former producer at This American Life, and the co-founder, along with Adam Davidson, of the This American Life/NPR co-production Planet Money. I left a long career in public radio to launch my most recent endeavor, a for-profit podcast network focusing on narrative journalism and story-telling. Our first show on the network, Startup, is a podcast documenting the launching of our podcast business. (Meta. We know.) Prior to Gimlet, I co-founded Planet Money with Adam Davidson. Planet Money, through podcasts, radio stories, documentaries and blog posts, delivers economic journalism in a fresh, accessible, humorous, yet hard-hitting way. I executive produced the interactive project Planet Money Makes a T-Shirt, which won almost every major online award and was nominated for an Emmy. In addition to my work on the economy, I've done radio documentaries on, among other things, life aboard a US aircraft carrier, teenage Steve Forbes supporters, and prisoners staging a production of Hamlet. I also served as executive producer on the television version of This American Life, which aired on the Showtime network. The show earned rave reviews from almost every major market television critic. It won four Emmy awards, including the award for best non-fiction television series.

"Hey, we’re back! This season, Alex is joined by co-Host Lisa Chow, to follow an entirely new company. The business is Dating Ring"

"The podcast about what it's really like to start a business"