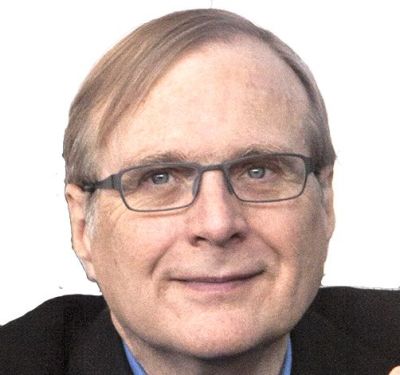 "What should exist? To me, that's the most exciting question imaginable."

Four decades after co-founding Microsoft, entrepreneur and philanthropist Paul G. Allen is still exploring the frontiers of technology and human knowledge, and acting to change the future. Through his company Vulcan Inc., Paul is working to save endangered species, slow climate change, improve ocean health, share art, history and film, develop new technology, tackle epidemics, research how the human brain works and build sustainable communities. In all his endeavors, Mr. Allen constantly asks “What if…?” and pushes people to challenge conventional thinking, collaborate across disciplines and reimagine what’s possible. As the idea man and original technologist behind Microsoft, Paul has used his wealth to expand the horizons of human possibility. All told, Paul’s philanthropic contributions exceed $2 billion. Even before becoming a member of the Giving Pledge, Paul committed to giving away the majority of his fortune, an endeavor that continues every day. He invests in brain science and robotics research, retail space and outer space, documentaries and feature films, global health and local education.

The first release of MS-DOS.

"Traf-O-Data was taking road volume data and converting it into reports where you have actually just a 16-channel paper tape on the side of the road."

Things I used for my projects