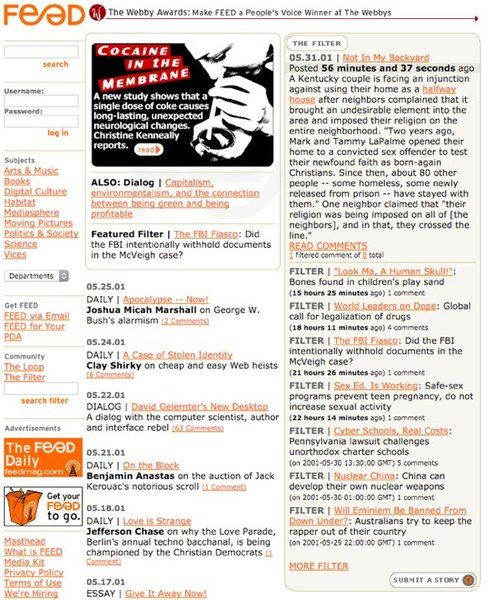 FEED is an award-winning online general interest magazine that covers media, technology, pop culture, science, and the arts. Since its inception in 1995, FEED has earned praise for its high-quality editorial content. Beginning in 1999, FEED has published bimonthly special issues, each exploring a topic in depth. Recent special issues have focused on 21st Century Inventions, Art, Books, the Brain, Video Games, and Open Source. These special issues have been featured in venues such as Bookwire, Discover, MSNBC, Wired News, and the San Francisco Chronicle. Past special issue sponsors include Psygnosis, Quality Paperback Book Club, the New School's CyberCampus, Adobe GoLive, and Lotus.

"If you look at history, innovation doesn't come just from giving people incentives; it comes from creating environments where their ideas can connect."