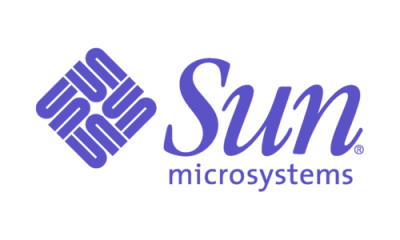 Sun Microsystems, Inc. was a company that sold computers, computer components, computer software,and information technology services and that created the Java programming language, and the NetworkFile System (NFS). Sun significantly evolved several key computing technologies, among them Unix, RISCProcessors, Thin Client Computing, and virtualized computing. Sun was founded on February 24, 1982. At its height, Sun headquarters were in Santa Clara, California (part of Silicon Valley), on the former west campus of the Agnews Developmental Center. On January 27, 2010, Sun was acquired by Oracle Corporation for US 7. 4 billion, based on an agreement signed on April 20, 2009. The following month, Sun Microsystems,Inc. was merged with Oracle USA, Inc. to become Oracle America, Inc. Sun products included computer servers and workstations built on its own RISC-based SPARC processor architecture as well as on x86based AMD's Opteron and Intel's Xeon processors; storage systems; and a suite of software products including the Solaris operating system, developer tools, Web infrastructure software, and identity management applications. Other technologies include the Java platform, MySQL, and NFS. Sun was a proponent of open systems in general and Unix in particular, and a major contributor to open source software.

"Get the best people and train them well."

"This is often the case for anything remotely complex: the opacity of the research process to the general public, the communication skills of various institutions, the differing perspective between what the public cares about versus the interests of the researchers, and so on."

One of the co-creators of the Java Programming Language

'No matter who you are, most of the smartest people work for someone else.'

"I've probably failed more often than anybody else in Silicon Valley. Those don't matter. I don't remember the failures. You remember the big successes."

'People think of security as a noun, something you go buy. In reality, it's an abstract concept like happiness. Openness is unbelievably helpful to security'

“Virtual machines are a strange beast. There’s no perfect solution, instead you optimize for the ‘sweet spot’. There’s a lot of craftsmanship. "

"Me, I have to be fully engaged — listening carefully to every word — to find the moments I want to capture. There’s no other way."

The pre-cursor to Java.

More
Trademarks, logos and copyrights are the property of their respective owners
© Copyright 2019 TheyMadeThat, Inc. All Right Reserved