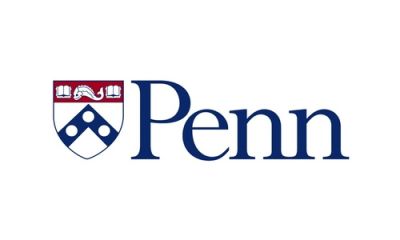 "Laws without morals are useless"

The University of Pennsylvania is a private, Ivy League, research university located in Philadelphia. Penn is one of 14 founding members of the Association of American Universities and one of the nine original Colonial Colleges. Benjamin Franklin, Penn's founder, advocated an educational program that focused as much on practical education for commerce and public service as on the classics and theology. Penn was one of the first academic institutions to follow a multidisciplinary model pioneered by several European universities, concentrating multiple 'faculties' into one institution. It was also home to many other educational innovations. The first school of medicine in North America , the first collegiate business school and the first 'student union' building and organization, were all born at Penn. Penn offers a broad range of academic departments, an extensive research enterprise and a number of community outreach and public service programs. It is particularly well known for its medical school, dental school, design school, school of business, law school, engineering school, communications school, nursing school,veterinary school, its social sciences and humanities programs, as well as its biomedical teaching and research capabilities. Penn is consistently ranked among the top research universities in the world, for both quality and quantity of research. As one of the most active and prolific research institutions, Penn is associated with several important innovations and discoveries in many fields of science and the humanities. Among them are the first general purpose electronic computer, the rubella and hepatitis B vaccines, Retin-A, cognitive therapy,conjoint analysis and others.

"Since their work was classified they couldn’t tell me what they were doing, so I had no idea what I would be doing. When finally clearance came, I was shown the ENIAC and I’ve worked in computers ever since."

"libraries are even more vital in this new civic information environment. It is not sufficient for them to survive, they need to expand and thrive."

"Writing, functional programming, and game theory are among my career's biggest influences."

" I wake up every morning excited to help more people find their dream role. AIso, I have an unhealthy obsession with my dog, Trooper."

Wharton School of the University of Pennsylvania

"APPC’s work has informed the policy debates around campaign finance, children’s television, Internet privacy, tobacco advertising and the tone of discourse in Washington."

"to advance knowledge and improve health through research, patient care, and the education of trainees in an inclusive culture that embraces diversity, fosters innovation, stimulates critical thinking, supports lifelong learning, and sustains our legacy of excellence"