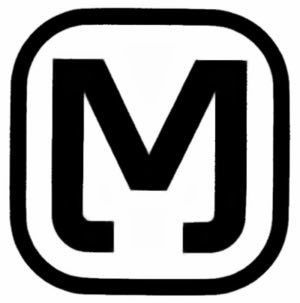 Matsushita Electric Industrial was founded in 1918 by Konosuke Matsushita as a vendor of duplex lamp sockets. In 1927, it began producing bicycle lamps, the first product which it marketed under the brand name National. In 1961, Konosuke Matsushita traveled to the United States and met with American dealers. The company began producing television sets for the U.S. market under the Panasonic brand name, and expanded the use of the brand to Europe in 1979.The company used the National brand outside of North America from the 1950s to the 1970s. It sold televisions, VHS VCRs, high fidelity stereo receivers, multi-band shortwave radios and marine radio direction finders, often exported to North America under various U.S. brand names, such as Technics, Emerson, Curtis Mathes and of course Panasonic. The company also developed a line of home appliances such as rice cookers for the Japanese and Asian markets. The company debuted a hi-fidelity audio speaker in Japan in 1965 with the brand Technics. This line of high quality stereo components became worldwide favorites. The most famous products being its turntables, such as the SL-1200 record player, known for its high performance, precision and durability. Throughout the 1970s and early 1980s, Panasonic continued to produce high-quality specialized electronics for niche markets such as shortwave radios, as well as developing a successful line of stereo receivers, CD players and other components. It has grown to become one of the largest Japanese electronics producers alongside Sony, Hitachi, Toshiba and Canon Inc.. In addition to electronics, it offers non-electronic products and services such as home renovation services.

"A good actor is in rehearsal until the day he dies, and the same rule applies to a businessman. "

"A New Future with Support by Robots"

"A better life. A better world."