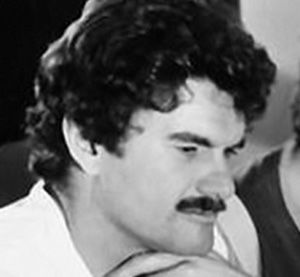 "The people in business must understand what they can achieve with designers. Designers have to understand that they really must deliver to business not just beautification, or another form of it, but substantial change."

Hartmut Esslinger is a German-American industrial designer and inventor. He is best known for founding the design consultancy Frog Design Inc. At age 25, Esslinger finished his studies at the Hochschule für Gestaltung Schwäbisch Gmünd in Schwäbisch Gmünd. After vicious criticism of a radio clock he designed while in school, he started his own design agency in 1969, later renamed Frogdesign. For his first client, German avant-garde consumer electronics company Wega, he created the first "full plastics" color TV and HiFi series "Wega system 3000". In 1974, Esslinger was hired by Sony - Sony also acquired Wega shortly after - and he was instrumental in creating a global design image for Sony, especially with the Sony Trinitron and personal music products. The Sony-Wega Music System Concept 51K was chosen by the Museum of Modern Art, New York. As of 1976, Esslinger also worked for Louis Vuitton. In 1982 he entered into an exclusive $2,000,000 per year contract with Apple Computer to create a design strategy which transformed Apple from a "Silicon Valley Start-Up" into a global brand. Setting up shop in California for the first time, Esslinger and Frogdesign created the "Snow White design language" which was applied to all Apple product lines from 1984 to 1990, commencing with the Apple IIc and including the Macintosh computer. The original Apple IIc was acquired by the Whitney Museum of Art in New York and Time voted it Design of the Year. Soon after Steve Jobs' departure, Esslinger broke his own contract with Apple and followed Jobs to NeXT. Other major client engagements include Lufthansa's global design and brand strategy, SAP's corporate identity and software user interface, Microsoft Windows branding and user interface design, Siemens, NEC, Olympus, HP, Motorola and General Electric.

"First we met your standards"

Things I used for my projects