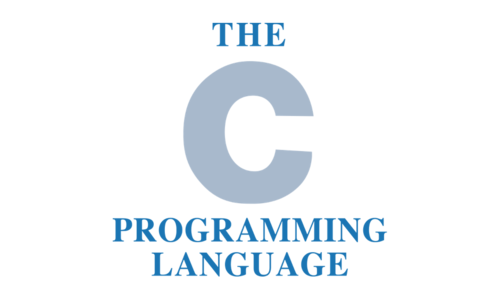 In computing, C is a general-purpose programming language initially developed by Dennis Ritchie between 1969 and 1973 at AT&T Bell Labs. Like most imperative languages in the ALGOL tradition, C has facilities for structured programming and allows lexical variable scope and recursion, while a static type system prevents many unintended operations. Its design provides constructs that map efficiently to typical machine instructions, and therefore it has found lasting use in applications that had formerly been coded in assembly language,most notably system software like the Unix computer operating system. C is one of the most widely used programming languages of all time, and C compilers are available for the majority of available computer architectures and operating systems. Many later languages have borrowed directly or indirectly from C, including D, Go, Rust, Java, JavaScript, Limbo, LPC, C#, Objective-C, Perl, PHP, Python, Verilog, and Unix's C shell. These languages have drawn many of their control structures and other basic features from C. Most of them are also very syntactically similar to C in general, and they tend to combine the recognizable expression and statement syntax of C with underlying type systems, data models, and semantics that can be radically different.

"My work was fairly theoretical. It was in recursive function theory. And in particular, hierarchies of functions in terms of computational complexity."

"You can't trust code that you did not totally create yourself."

"I am the founder and Managing Partner of Discretion Capital, a technology enabled Investment Bank "

"Lover of all technology, screenhero founder previously at slack! weekend mechanic. Learning how to make self driving cars."

"I’m a passionate software developer living in the Bay Area with my amazing wife, Christine Tate."

"I am currently a Founder and Chief Cloud Officer at Backblaze"

"Also, after people play these Sim games, it tends to change their perception of the world around them, so they see their city, house or family in a slightly different way after playing."

Used as a tool for

"A giant step for iPhone. A monumental leap for iPad."

"Teleport to your computer"

"Powerful email search for your iPhone"

"the greatest city-simulator of all time"

"C makes it easy to shoot yourself in the foot; C++ makes it harder, but when you do it blows your whole leg off."

"a new project just for fun"

"#6 is a small, easy to build, inexpensive, bare-bones computer."

"UNIX is basically a simple operating system, but you have to be a genius to understand the simplicity."

"The world's most advance operating system"