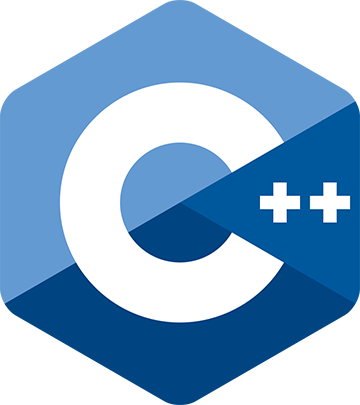 "C makes it easy to shoot yourself in the foot; C++ makes it harder, but when you do it blows your whole leg off."

C++ is a general-purpose programming language. It has imperative, object-oriented and generic programming features, while also providing the facilities for low-level memory manipulation.It is designed with a bias toward system programming , with performance, efficiency and flexibility of use as its design requirements. C++ has also been found useful in many other contexts, including desktop applications,servers , performance-critical applications , and entertainment software. C++ is a compiled language,with implementations of it available on many platforms and provided by various organizations, including the FSF, LLVM, Microsoft and Intel.C++ is standardized by the International Organization for Standardization, with the latest standard version ratified and published by ISO in December 2014 as ISO/IEC 14882:2014. The C++ programming language was initially standardized in 1998 as ISO/IEC 14882:1998, which was then amended by the C++03, ISO/IEC 14882:2003, standard. The current C++14 standard supersedes these and C++11, with new features and an enlarged standard library. Before the initial standardization in1998, C++ was developed by Bjarne Stroustrup at Bell Labs, starting in 1979, who wanted an efficient flexible language , which also provided high-level features for program organization.Many other programming languages have been influenced by C++, including C#, Java, and newer versions of C .

"There are only two kinds of languages: the ones people complain about and the ones nobody uses."

"Whatever PowerPoint’s contribution to communication, it could only magnify a presenter’s skill—or lack of it."

"I saw technology as the saviour and the bridge between the great divide."

"'Don’t worry, be crappy' has replaced 'Move fast and break things' in the mottos folder of my brain."

"In order for innovation to happen, a bunch of things that aren't happening on closed platforms need to occur. Valve wouldn't exist today without the PC, or Epic, or Zynga, or Google. They all wouldn't have existed without the openness of the platform. "

'Remember: It's not innovation before it's built.'

Used as a tool for

The backbone of any corporate deployment of BlackBerry devices

"A modular scientific software framework that provides all the functionalities needed to deal with big data processing, statistical analysis, visualisation and storage. "

"The first highway autopilot for your car"

A digital ink and paint system for use in feature animations

"For the Game. For the World."

"Sending a spacecraft on this long journey is helping us to answer basic questions about the surface properties, geology, interior makeup and atmospheres on these bodies."

The pre-cursor to Java.

"Mobile apps with HTML, CSS & JS. Target multiple platforms with one code base"

"Create anything you can imagine. Anywhere you are."

"To generate novel, bio-inspired systems that can outperform existing engineered systems in speed, agility, and efficiency."

"Free yourself with Firefox"

"Built for the way you use the web"